Barbara Etter
Miscarriages of Justice: What have we Learned (or not Learned!) 30 Years on from Chamberlain?

Carly Ingles
Overflow: Why so many women in NT prisons?

Detention and prosecution of Australian captured insurgents in Afghanistan (powerpoint)

David Morters
The Right to Silence

Ursula Noye
Blackstrikes A Study of the Racially Disparate Use of Peremptory Challenges by the Caddo Parish District Attorney’s office
(For more information, visit Blackstrikes.com, a Reprieve Australia initiative.)

The CLANT Players present:
THE SHEARER’S TALE: Murder and Injustice in the Australian Bush 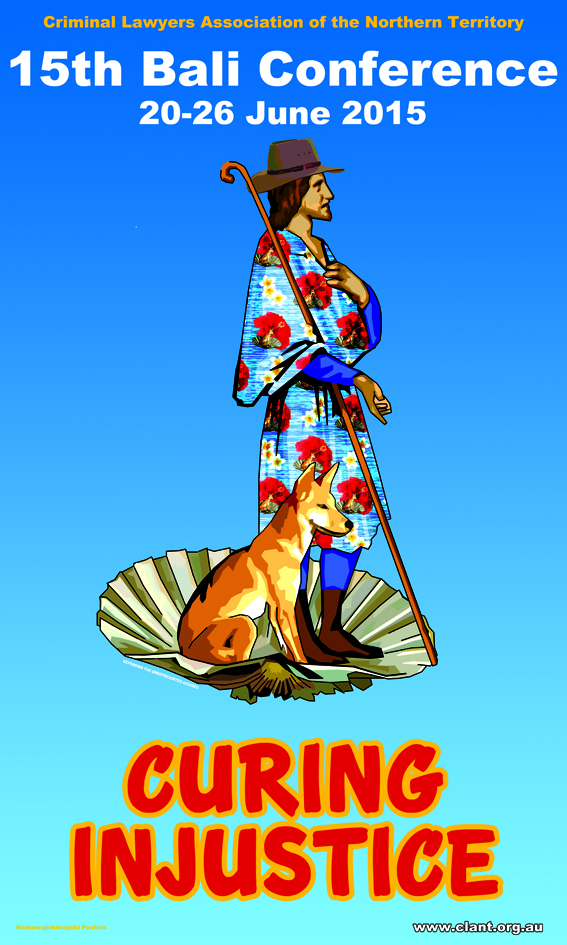 San Rocco: A non-secular patron for the Criminal Lawyers Association of the Northern Territory?

San Rocco was a 14th century ascetic who, despite his inherited wealth and position, set out as a mendicant pilgrim for Rome on the death of his parents in his twentieth year.

He arrived in Italy during an outbreak of the plague, and was “diligent” in treating and curing victims. He succumbed to the illness at Piacenza and was banished to a forest to die. He would have perished had not a dog found him, supplied him with bread and licked his wounds.

On his return to his home town of Montpellier he was arrested as a spy and jailed for five years where he languished without revealing his name, to avoid worldly glory.

Why San Rocco wears an Akubra