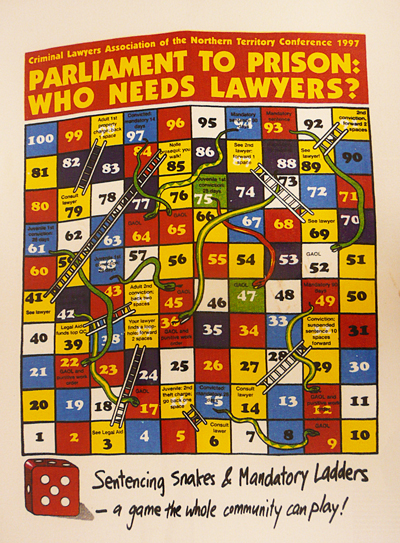 Abbott, Michael (QC)
Beyond Ridgeway: judicial responses to Ridgewayadn other aspects of illegality

Birch, John and Fox, Michael
Changes to the Burden of Proof

Cox, Suzan
A Note on the Sentencing Act

Kearney, Justice
The relevance of prior convictions in sentencing

Van Gessel, Theresa
Fish ‘n’ ships: an overview of recent developments in the law and judical approach to prosecution of foreign nationals fishing in the Australian fishing zone.

Widnyana, I Made (Professor)
Role of traditional institutions in conflict resolutions