CLANT is delighted to announce that on 23 June 2016 Hon Justice at 5.30 pm Lex Lasry AM QC of the Supreme Court of Victoria will deliver the Fourth Tony Fitzgerald memorial Lecture at the Northern Territory Library, Darwin.  Mark your diaries.

Lex Lasry was admitted to practise law in Victoria in 1973 and was appointed Queen’s Counsel in 1990. He acted as a junior counsel before the Costigan Royal Commission, counsel with the National Crime Authority, and was the Royal Commissioner for the Inquiry into the Victorian Metropolitan Ambulance Service. Between 2003 and 2006 Lasry acted as senior counsel assisting the Coronial inquiry into the 2003 Canberra bushfires.

As a senior partner with Slater & Gordon, Lasry acted as defence counsel in several high-profile criminal cases in Australia and overseas, including Joseph Thomas in a high-profile Australian terror trial (see R v Thomas [2006] VSCA 165). Lasry represented Van Tuong Nguyen in the high-profile case in which Van Nguyen was convicted of drug trafficking in Singapore in 2002 and executed in December 2005. In 2007 Lasry was awarded the Law Council of Australia’s inaugural Presidents Medal for his pro bono representation of Van Nguyen in 2005, and for his outstanding work as Independent Legal Observer for Hicks in 2004 and 2005. He also took up the case of two members of “the Bali nine”, Andrew Chan and Myuran Sukumaran, who were executed in April 2015. He has been a longstanding opponent of the use of the death penalty, arguing “when the state kills a citizen, no matter what they have done, the community is diminished by the killing.” In reference to the Bali Nine, Lasry stated “The idea that the government would take individuals out into the bush and shoot them is something I can never live with… and from a legal viewpoint, it has no deterrent value.” In accordance with that stand, Lasry declined to attend the CLANT Bali conference in June 2015.

Lasry was appointed a justice of the Supreme Court of Victoria on 23 October 2007. He was the trial judge for the murder trial against Hugo Alastair Rich and the re-trial of Robert Farquharson.

He has chaired appellate hearings for the Confederation of Australian Motor Sport (CAMS), holds a motor racing licence, is the drummer for the band The Lex Pistols, is a longtime supporter of the St Kilda Football Club, and has served on the Faculty Board of the Faculty of Law at Monash University. 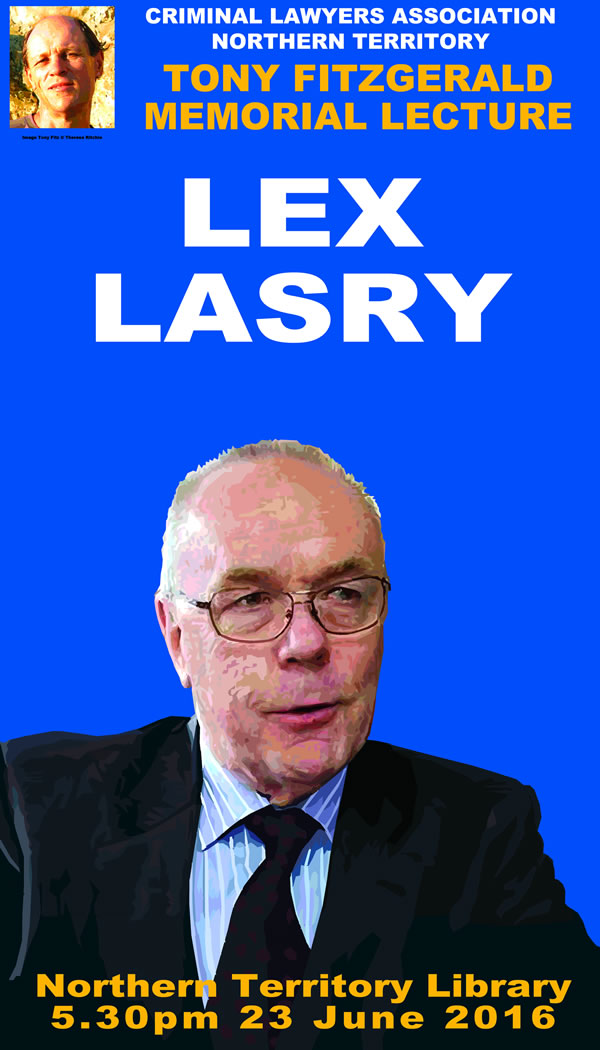