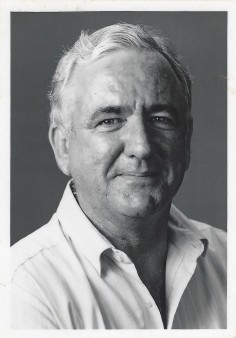 Patrick Loftus, one of the founders of CLANT, has died in Hong Kong, aged 70.  Pat practiced in Darwin from the 1970s, and successively headed the Darwin office of the Crown Solicitor for the Northern Territory (now ODPP) and the Australian Legal Aid Office (now NTLAC), before going on to establish the firm Loftus and Cameron. He won the sobriquet “Loopholes” (or “Loopy”) for his peculiar knack of identifying legal lacunae to the benefit of his clients, and gained the respect of his colleagues as a master of the no case submission.  He served as an office-bearer of the Northern Territory Law Society on several occasions, and then in 1986 joined Colin McDonald QC and Ray Minahan as the joint founders and self-appointed inaugural interim committee of the Criminal Lawyers Association of the Northern Territory.  After an unsuccessful tilt at politics, when he failed in a bid to enter the Northern Territory Legislative Assembly, in 1988 he joined the Darwin bar, and went on, in 1997, to found Edmund Barton Chambers.

By then he had already commenced to practice in the jurisdiction which he eventually made his home, Hong Kong, where in 1996 he had conducted the prosecution of the son of a police officer in a high-profile murder trial.  For some years, he simultaneously practiced and maintained homes in Darwin, Adelaide and Hong Kong, but eventually he relinquished his Australian clients and practiced exclusively in Hong Kong.

Those of us who knew Pat would not forget that he was a conscientious but fair counsel who treated life seriously but at the same time with a good sense of humour… he was a gentleman to all around him … commanding the respect which he so rightly deserved.

We at CLANT send our condolences to Pat’s wife Peggy Lo, herself a Hong Kong prosecutor, and his daughters Katherine, Allyson and Susan.